The much-hyped BMeebits 3D NFT minting process on the Binance Smart Chain took less than one day to complete. Every character in the 20,000 strong collection was gone in just 12 hours. That’s faster than many comparable analogue projects from big names such as TronMeebits and Larva Labs. 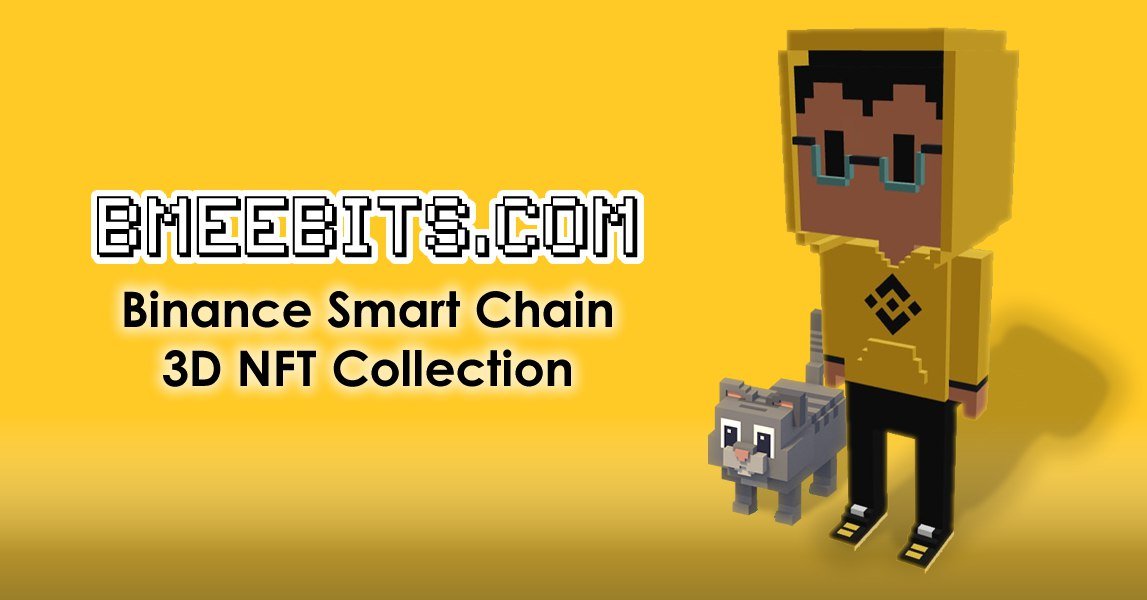 The BMeebits minting frenzy brought in revenue of $1.7million. This was in part spurred on by some tempting rewards offered to buyers. In total, 400 BNB (roughly $170,700) was paid out to those jumping into action and minting the tokens. For example, those minting 50 or more BMeebits got 3% cashback, rising to 7% once they passed the 150 minted mark.

As with many NFT collections, the future of BMeebits now sits in the hands of the owners. There are many different rarity levels of the characters, which establish value, so what you choose to do next probably depends on that rarity level.

In terms of the actual BMeebits development team, we can say with some confidence the project has far to go. Thursday 16th September sees the BMeebits Marketplace finally open, where BMeebits can be bought, sold, traded, and assembled by owners. Staking and governance tokens are also expected, with a projected timeframe of 45 days.

By staking BMeebits, users will receive the governance token in return, effectively this works by freezing the character in a smart contract. This incentivises keeping hold of your BMeebits, increasing future demand. It’s also worth pointing out that the entire platform is user-controlled, with the governance system designed to allow owners to vote on future development.

Early signs suggest the series is going to do very well now the BMeebits 3D NFT minting is done. At the time of writing the largest BMeebit trade was $100,000 — a 6,000% profit for the original owner. Not bad for less than one day’s work.

BMeebits should not be confused with Meebits, much as the names are very similar. Find more about the latter in our in-depth look at the collection, which registered its first multi-million sale back in July, when Meebits #17522 brought in 1000 ETH, or $2.1million, on OpenSea.

Next Earth Introduces LAND Descriptions For Its Metaverse Plots

Make Beautiful NFTs in Minutes With These AI Art Generators