Home » Guides » Top Blockchain Games » What Is Zed Run? Everything About Digital Horseracing

What Is Zed Run? Everything About Digital Horseracing

Zed Run is taking digital horseracing to all new heights thanks to blockchain gaming technologies. No, you don’t get to buy and race actual horses here. Instead, Zed Run offers a range of digital horses represented by NFTs that you can buy, race, and even breed!

Zed Run brings horseracing, NFTs, and blockchain gaming under a single roof. With Zed Run’s futuristic-looking horses in a Tron-like world, you can enjoy a good old horserace from the comforts of your home. What’s more, you get to win big from various events held every day!

So, what exactly is Zed Run and how do you earn by racing digital horses?

What is Zed Run?

Zed Run is an Ethereum blockchain-based digital horseracing game where you can buy and race digital horses to earn money.

It’s one of the original blockchain games and also one of the most lucrative, with horse owners raking in hundreds of thousands of dollars. One horse, for instance, fetched its owner $125,000. However, the reason for the game’s popularity is its devoted community!

Zed Run has an incredible community, which was instrumental in its growth. In fact, the game has inspired community-led websites and newsletters. Some of these include The Zed Gazette, Know Your Horses, and Award Racing.

Who Created the Zed Run Game?

It was developed by Australia-based Virtually Human Studio, founded by Chris Laurent, Geoffrey Wellman, and Rob Salha. It launched the game in early 2019 with an aim to democratize horseracing, which mostly caters to the rich and elite.

Each digital horse in the game is unique and is known by its bloodline and genotype. Chris Ebling, the animator behind movies such as The LEGO Movie and Happy Feet 1 &2, is the creative genius behind these animated NFTs.

How The Game Came To Be

On July 21, 2021, Zed Run announced that its parent company raised $20 million in its Series A funding round. The round was led by TCG (The Chernin Group) Capital Management, with participation from venture capital firms Andreessen Horowitz and Red Beard Ventures. The investment proves the seriousness of the project and its reliability in the long term.

Zed Run’s creators refer to the horses as “breathing NFTs”.

“A breathing NFT is one that has its own unique DNA,” Roman Tirone, the head of partnerships at Virtually Human, told The New York Times. “It can breed, has a bloodline, has a life of its own. It races, it has genes it passes on, and it lives on an algorithm so no two horses are the same.”

During each race, the horses are grouped based on their “Class”, which determines their abilities. This ensures that races are fair and that no horse has an advantage over others. While all un-raced horses belong to the “Griffin” class, rest belongs to Classes 1 to 5. Class 1 is the highest-rated class. The first race your horse will participate in is the Griffin Class race. Based on its finishing position here, it will be assigned to the other classes.

Each race can be identified by its name, location, class, entry fee, prize pool, and distance. Once you enter a race, your horse will be given gate numbers (between one to 12) on a first-come, first-serve basis. Only when all 12 gates are filled will the race be scheduled. Once the race begins, you can watch it live or even watch a replay later.

How Is The Winner Of The Race Determined In Digital Horseracing?

It is important to note that Zed Run does not directly control who wins a race. This ensures that everyone has a fair chance to win. Then, how exactly does the digital horseracing game determine the winner? Here’s where the racing algorithm comes into play.

Before every race, the algorithm runs thousands of simulations taking into account factors such as bloodline, speed, genotype, distance, and more. It then randomly selects one of these simulations for the actual race.

How to buy a horse on Zed Run

There’s a limited supply of Zed Run horses, making them a scarce and valuable asset. There are two ways by which you can buy horses in Zed Run: the primary market and the secondary market.

In the first, the game drops new NFTs during its Drop Events, which are organized events announced via its social media channels. During these drops, the horses sell out in a jiffy, so you have to come prepared. Here are the steps to follow ahead of a drop:

If you are unable to get an NFT during a drop, don’t worry. You can purchase them from secondary markets like OpenSea.

How To Make Money With Digital Horseracing

Basically, if your horse wins, you will receive your rewards as WETH in your wallet. Zed Run’s digital horseracing has opened up a world of new possibilities. Armed with strategies and skills, many players are earning big as stable owners, trainers, and more. 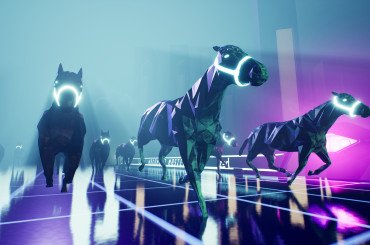 How to Choose a Champion Zed Run Horse

The abilities of each horse in Zed Run is based on its bloodline, breed type, and genotype. The rarer a horse, more faster and expensive it will be.

In the Zed Run metaverse, there are four bloodlines: Nakamoto, Szabo, Finney, and Buterin. These bloodlines determine a horse’s qualities when its minted. While Nakamoto is a rare bloodline and expensive to breed, Finney and Buterin are more common.

Now, what makes a horse unique is its Genotype. It represents “how far down the lineage” it is from its ancestors. A horse’s genotype is represented by ‘Z number’; Z1 horses are the purest (and can’t be created by breeding) and Z268 horses are the least pure. Of course, the horse value directly relates to its purity.

Meanwhile, the “Breed Type” helps identify a horse’s genotype. There are six in all: Genesis, Legendary, Exclusive, Elite, Cross, and Pacer. Genesis breed (Z1 to Z10) represents the first generation of horses and are sold by Zed. These are the rarest of the lot and are limited in supply—only 38,000 in all.

How Does Zed Run Fatigue work?

Mid-last year, Zed Run introduced a new feature to the gameplay—fatigue. Put simply, the fatigue factor indicates how fatigued your horse is before its next race. In other words, every time your horse goes for a race, its maximum potential speed reduces. Once the fatigue factor diminishes completely, it takes 24 hours to replenish.

The idea is to ensure Zed Run mimics the conditions of real-life horseracing. Indeed, physically, no horse would be able to race continuously without impacting its performances. With the introduction of the fatigue factor, after each race, you can see your horse’s level of fatigue on the fatigue bar. It’s important to take this into account whenever you are getting your horse ready for the next race as it will impact its performance.

Zed Run Breeding: How To Breed A Digital NFT Horse

Mainly, there are four types of horses in the Zed Run universe:

Currently, the game doesn’t support private breeding. As a result, owners of the horses have to place their horses in the Stud Farm and select a minimum price and the number of days. The stallion/colt owner has the liberty to set a breeding price. While the owner of the mare will receive the offspring in their stable, the stallion’s owner will receive the breeding fee. The minimum fee is 0.075 ETH and can vary depending on the horse’s bloodline and breed type.

Players can keep their horse in the stud for 1, 3, and 7 days. The longer you keep the horse there, the higher will be the breeding fee you get. Each offspring will have three distinct features: Ability Score, Distance Preference, and Fatigue Factor. Additionally, its genotype will be a sum of the genotypes of the mating horses.

Additionally, a horse to be mature enough to breed. To explain, you have to wait at least 28 days after a horse is born to breed it. Besides, your horse cannot breed with its brothers, sisters, parents, or grandparents.

Choose a Stallion carefully and the resulting offspring can be a champion racehorse and have higher market value. This is because the parents will pass some of its features to the offspring. For instance, if you breed two Genesis horses, you will get a Legendary offspring. Thus, make sure you carefully analyze a horse’s DNA profile and performance history before breeding.

How much does a horse cost on Zed Run?

On secondary marketplaces like OpenSea, Zed Run’s floor price is a mere 0.0015 ETH (about $1.8, at the time of writing). Naturally, rarer horses will cost much higher. The highest last sold NFT, for example, is the ‘Creation of Mortals’. Last sold for 48 ETH, the NFT features a Z2 Genesis Nakamoto horse with Chrome Yellow coat.

What is Zed token?

In July 2022, Zed Run announced the launch of Zed token, Zed Run’s utility and in-game currency. These are ERC-20 tokens based on the Ethereum and Polygon blockchains. To clarify, the game previously used Polygon ETH as its in-game currency. This has now been replaced by Zed tokens, which players can use to make payments, participate in special events, get in-game functionalities, and more. Starting July 28, all eligible players were able to claim their tokens for free for 90 days.

The future of Zed Run

Currently, the game is in beta and the final version will be loaded with all new exciting features. Zed Run’s vision is for the race to resemble real-life racing as much as possible. In this regard, it recently implemented fatigue element in the game, by which a horse’s maximum speed potential will decrease in a 24-hour period.

Furthermore, an upgraded racing algorithm and referral programs are already under development. The game sure has a bright future ahead and its fans have much to look forward to in the near future. Check out the zed run website to learn more.

Reethu Ravi is a journalist currently based in the UK, covering environment, sustainability, tech and innovation. When not found between the pages of a book, she can be seen catching up on the latest developments in the tech world. A naval architect-turned-journalist, she loves bringing stories of change and innovation to the limelight.

The Ultimate Guide To Wolf Game NFTs, Gameplay and WOOL

What Is Binemon And Could It Be The Next P2E Success Story?

The Sandbox Metaverse: The Ultimate Guide From $SAND to LAND

Farmers World: Everything You Need To Know