Llamascape NFT Collection Have Their Discord Hacked By Scammers

Jambb Provides Comedy NFTs In Their New Partnership With Rarible

The Squid Game NFT collection replicates the popular Netflix TV show that swept the globe earlier this year. People can now purchase NFTs to use in the upcoming play-to-earn game. $SQUID Token has exploded in the last week and currently costs $37 for one. The price of the Squid Game token soars as entrants aim to win huge prizes.

Now, in a bizarre twist, Squidgame.cash has launched a collection of NFTs associated with their game. Participants will play six games designed to recreate the Korean TV show and win a massive cash prize in November.

The Korean language show is Netflix’s most popular debut series of all time. The show focuses on adults competing in a series of children’s games. But, there is a twist. If you lose the game, you die. If you survive until the end, there is a huge cash prize. Released in September, Squid Game became an overnight worldwide success. The Squid Game NFT collection hopes to emulate that success without the gory bits.

This brutal mix of violence and childhood games has proved immensely popular, capturing the zeitgeist. Netflix announced in its October newsletter to shareholders “a mind-boggling 142m member households globally have chosen to watch the title in its first four weeks”.

You can now purchase an array of Squid Game NFTs, including characters, honeycomb candy (Dalgona) and backgrounds from the TV show. Buyers will eventually be able to use these NFTs in the upcoming games.

Unlike the deadly TV show, anyone can enter the game, but users will not choose between life or death. Instead, to participate in the SquidGame, contestants will have to purchase 15,000 SQUID tokens. The price of these tokens has risen rapidly over the last week.

As it stands, the cost of 1 SQUID token is $37.3, meaning the entry fee is now a remarkable $559,987. The Squid Game NFT collection will hope to share some of that success.

Be warned, though, according to the website, “Different roles have different abilities at the different games. Players should explore.” This warning could mean that the NFT you buy could make a massive difference in whether or not you win the cash prize. 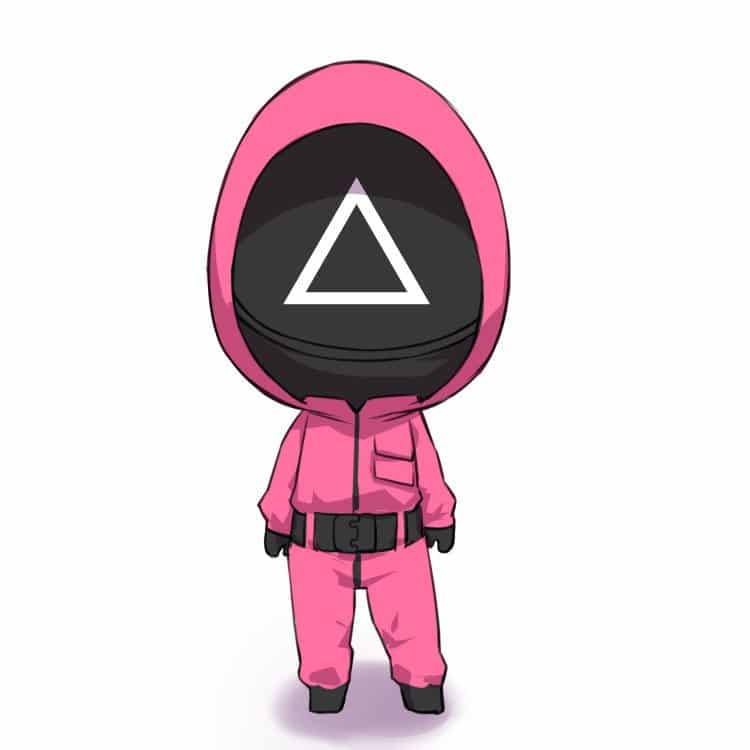 The Squid Game NFT collection will allow participants to use their NFT in game.
Credit: Squidgame.cashObviously, with the entry price now being over half a million dollars, most people can not afford to buy the token now. However, there is a problem for the people who brought the token early and now want to profit.

Early buyers are now struggling to sell their $SQUID tokens. CoinMarketCap has issued a warning, saying it has “We have received multiple reports that users are not able to sell this token in Pancakeswap. Please do your own due diligence and exercise caution while trading! This project, while clearly inspired by the Netflix show of the same name, is unlikely to be affiliated with the official IP,” reads the warning.

Finally, many are keen to cash in on the success of the Netflix TV show. Recently, the popular NFT collection Rebel Seal announced the launch of the Rebel Seal Squid Game. Although the prize is not as high as the SquidGame will be, it is still a massive 1 ETH.

Just check out our NFT Calendar!

James is an English teacher and freelance writer with a passion for NFTs, football, film and technology.

Everything To Know About The Martian Colony NFT Collection

Llamascape NFT Collection Have Their Discord Hacked By Scammers

Jambb Provides Comedy NFTs In Their New Partnership With Rarible