Just a few days ago, Phunks creative director – Ryder Ripps, accused BAYC of racism and supporting alt-right symbols. While some holders were quick to dismiss all the claims, others were alarmed and conducted a deeper investigation.

Let’s untangle all the shreds of evidence that Twitter users gathered.

What are the various BAYC racism accusations?

To begin, the first evidence comes from the BAYC logo itself. As Ryder mentioned, the official Bored Ape Yacht logo is similar to the nazi Waffen Totenkopf. For the uninitiated, Totenkopf represented the elite division of the Waffen-SS (army combat branch) of Nazi Germany during World War II. Given that, fans of BAYC reasoned that similar logos featuring black and white skulls are also used by multiple brands. Therefore, the allegation that both logos have visible similarities creates a whole new debate.

According to the Twitter user, @FedorLinnik, at least 9 out of 36 head items in the BAYC have military connotations. For instance, one ape featured a Prussian Pickelhaube helmet. Apparently, the helmet is the most enduring symbol of WW1 aggression and colonial wars.

Additionally, some Twitter users shared pictures of apes wearing Kamikaze bands (band worn during WW2 before death fights) and the most recognizable symbol of colonialism – the Pith helmet.

By the same token, users said the bananas in the BAYC×MAYC game took shape of “swastikas”. Although it might be purely coincidental.

Basically, the puzzle uses a dozen of different kinds of cyphers with varying complexity.

Undoubtedly, a word-based puzzle gives an insight into the creator’s mind.

Ultimately, the BAYC puzzle has the word “Guenon” as a solution. Aforementioned, the article’s author explained the word refers to a breed of Old World Monkey. 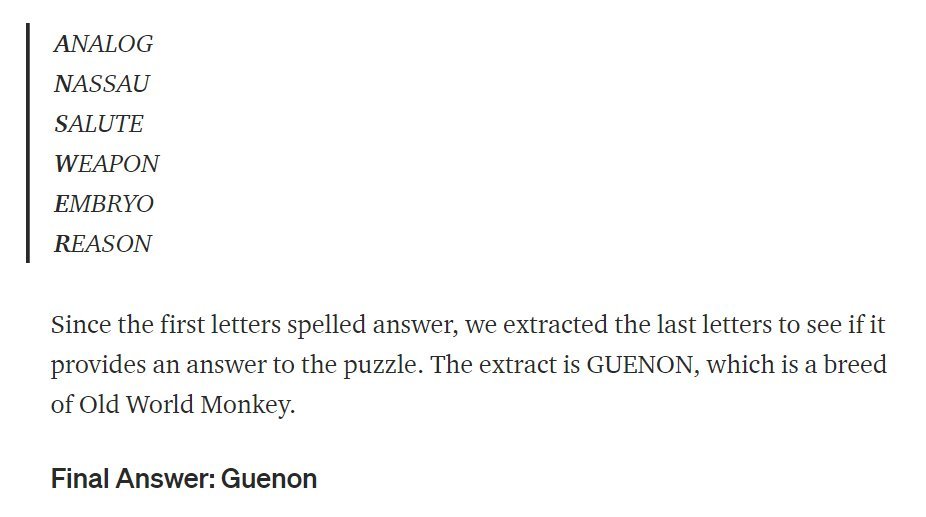 But the author’s context didn’t stop Twitter users from continuing their investigation.
According to @FedorLinnik, the Guenon as a solution identifies with René Guénon, who was a French intellectual and an influential figure in the domain of traditionalism and symbolism. René Guénon, according to Wikipedia, was the founder of a traditionalist school.

So, how Yuga is related to René Guénon? According to some internet passages, Guenon was very involved in Hinduism. Particularly, Guenon popularized the concept of Yugas in western culture. In fact, there’s a Wikipedia article dedicated to Yuga Cycle featuring Rene Guenon. 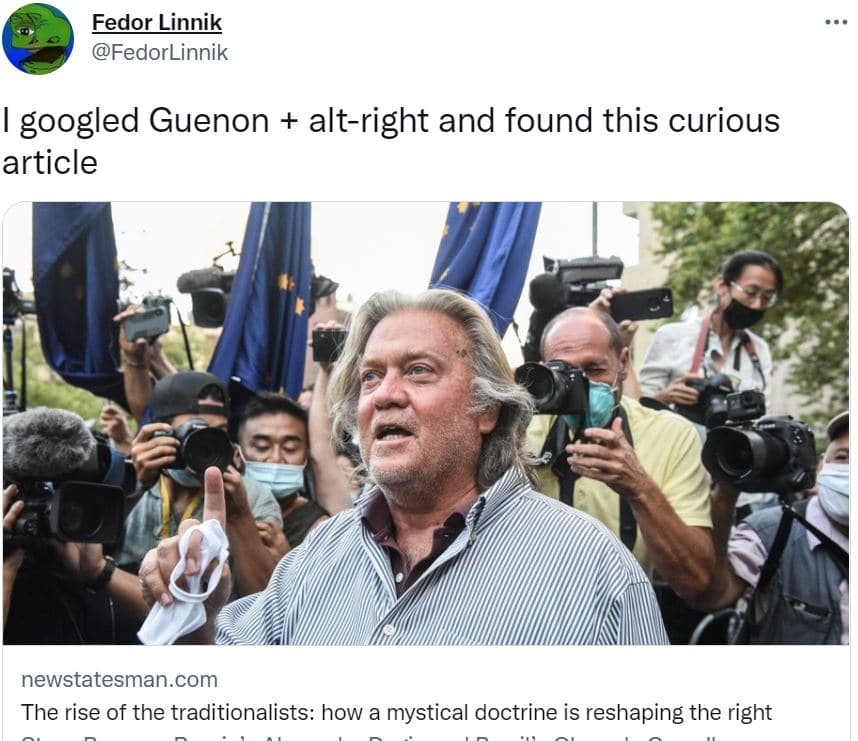 @FedorLinnik went on further to explain “So Yuga labs create a puzzle where Guenon is an answer and he turns out to be the person who closely worked with the concept of Yuga. What are the odds? It’s just a coincidence? Are you still sure it’s only about Zelda?”

More about the BAYC racism accusations :

Without a doubt, some allegations and proofs are unreasonable. After all, the timing of the comments coincided with Bored Ape’s conquest to the top spot after flipping crypto punks’ floor prices. However, people are now finding it difficult to completely disregard all the evidence. 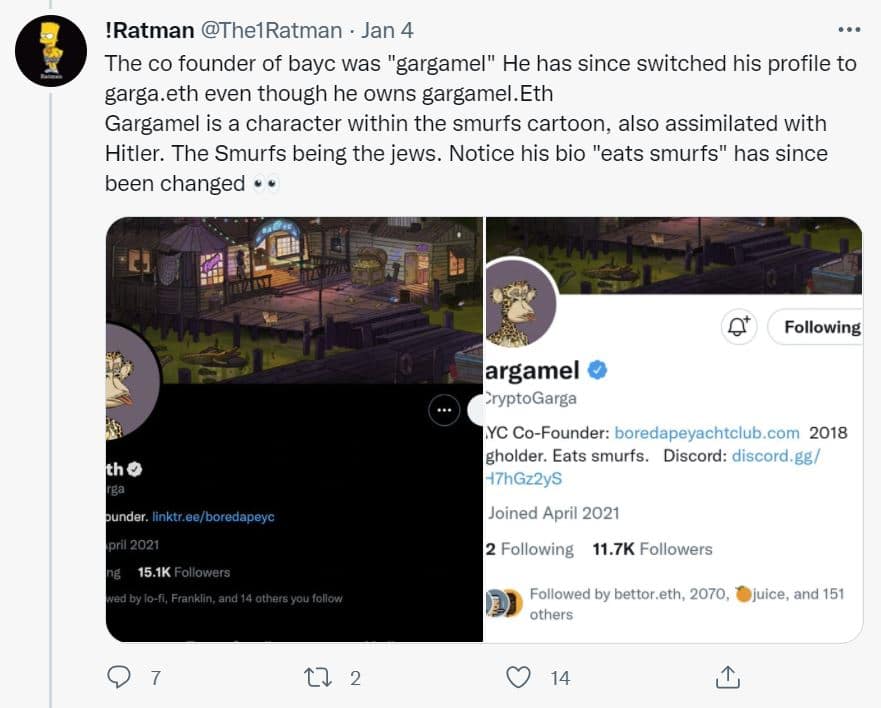 @The1Ratman tweeted “They are made by YUGA labs, another reference to Hitler & propaganda used by racist groups throughout the internet & throughout history concerning the destruction & hate of certain groups of human beings.” Talking about racism, the Twitter user also pointed out a rare trait in BAYC’s collection, which is the “biker vest.” Simultaneously, he pointed out, “This is a direct link to biker groups & their racially driven criminals. Google this, you’ll find pages, regarding racial driven hate crimes & racist members.”

Even so, the reality now is merely a matter of what people choose to believe. The demonstration of so many facts will have an impact on BAYC’s reputation. In fact, some ape owners have already begun selling their apes out of desperation. Others, on the other hand, choose to believe Yuga Labs’ explanations.

DressX and Dundas Partner To Bring Digital Fashion To Roblox

Woodstock World Brings the Iconic 1969 Festival into the Metaverse

NFTs Driving Change: Why We Need to Look Beyond PFPs & Cartoon JPEGs